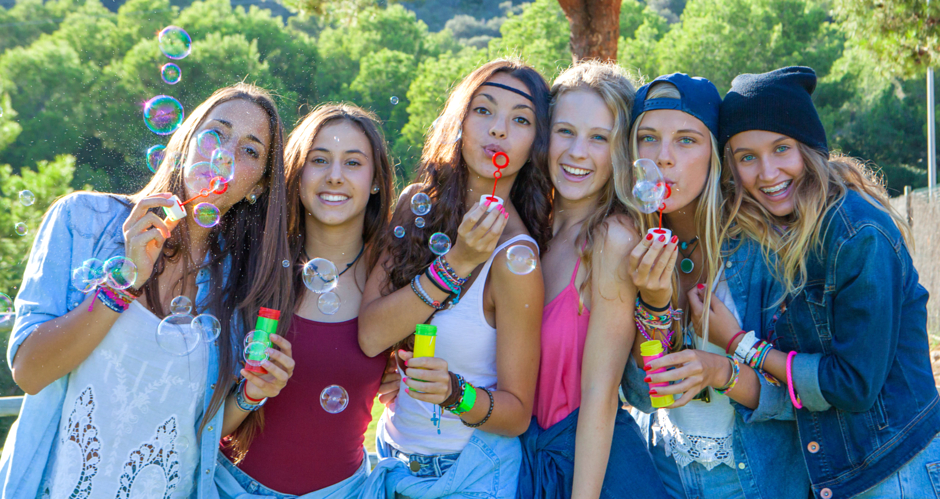 Anastasia V.  from Odessa in Ukraine was the winner of the Best Student Award for Summer camp 2016.

She flew into London Gatwick Airport with her mum, Alla,  on the morning of  23rd September for the grand prize, a Five Day tour of London.

The weather was unusually warm for the time of year (as we say in England).  Seriously though, it was the warmest September for around 100 years!    It was great weather for the walking tour in the centre of London, from Leicester Square to see the Changing of Guards, learning about all the famous Royal landmarks. Take in the lakeside scenery with majestic water birds at St James Park.   Stop for lunch at the Strand..... Then later taking in the cultural atmosphere in Trafalgar Square, under the shadow of Nelson's column. Onto the open top tour bus through the winding streets of the City, past St. Paul's Cathedral, Lambeth Palace, Tower Bridge, sweeping into Parliament Square with a panoramic view of the famous Big Ben, the Houses of Parliament glistening on the bank of the River Thames, the breathtaking Westminster Abbey; finally disembarking at the gates of Buckingham Palace itself. Return by train to historic Greenwich for a traditional evening meal.

AND THAT WAS JUST DAY ONE !!!   Take a look at some of the pictures:

Anastasia and Alla stayed in a cosy family hotel in Greenwich, London.  Greenwich has a long royal and maritime history.  They had simulating visits Greenwich Park, the Royal observatory and Meridian line, botanical gardens and fed the squirrels. They strolled through the Royal Naval College and along the Thames river front, and enjoyed English tea and muffins.

Each day started with a sumptuous breakfast, then on to central London either by train or river boat to visit some of London's renowned attractions, the London Eye, Wesminster Abbey, Tower Bridge and the South Bank, Madame Tussauds wax museum and Sherlock Holmes museum.  They took a walking tour from Leicester Square, past the Trafalgar lions and through horse guards parade and St James Park, stopping to take pictures with famous statues.  At the Tower of London they met the Beefeaters and marvelled at the Crown Jewels.

On the final day, Anastasia was presented with her trophy, the ELACP Best Student Prize, Summer 2016.

As expected, this was a very difficult decision because of the high quality of our students for 2019.   Yazeed was finally nominated .  He had shown constant dedication to his lessons.  He participated in all activities with enthusiasm.  He assisted his teachers in the classroom and during activty sessions.  He was always polite and reliable.  He was a good  example to his peers.  It was a pleasure to have Yazeed at the ELACP camp. 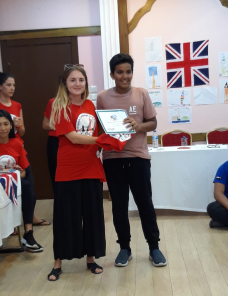 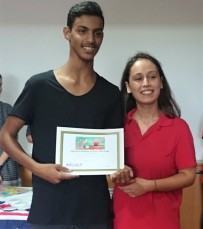 A FIVE DAY TRIP TO LONDON FOR TWO PERSONS  Return flight tickets to London, with full board and accommodation and a fantastic tour of the most famous attractions of the  City of London. 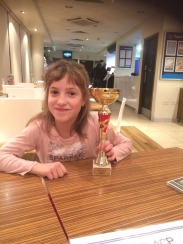 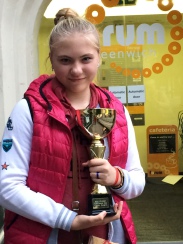